Unlikely Rumor Claims iPhone SE 2 with 4.7-Inch Screen Is Just Around the Corner 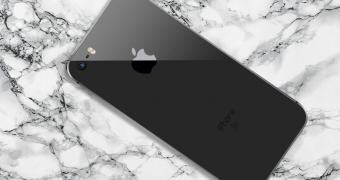 Apple restarted sales of the iPhone SE 2 twice in the last month, and while many believed the company just wants to clear out inventory, others speculated Cupertino wanted to test the market for its reaction to a smaller iPhone.

And according to a recent report, the latter scenario is the one that’s more accurate, as Apple is getting ready to launch a second-generation iPhone SE this spring.

Details are obviously more or less scarce, and some of them just align with what you’d normally expect from a new iPhone.

For example, the linked source claims the new iPhone SE would feature a notch at the top of the screen and be made of glass, something that Apple has used on all of its 2018 iPhones.

The biggest change would be the screen. The alleged iPhone SE 2 would no longer use a 4.0-inch display, but instead be upgraded to 4.7 inches.