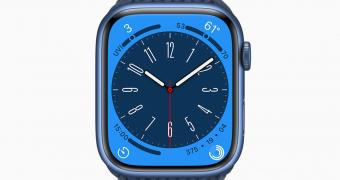 watchOS 9 is the next big version of the Apple Watch operating system, and at WWDC today, the Cupertino-based tech giant has provided us with an early look at what’s to come in this release.

For many users out there, especially for those who aren’t necessarily interested in health tracking and sleep monitoring, the biggest news is the addition of four new Apple Watch faces called Lunar, Playtime, Metropolitan, and Astronomy.

“watchOS 9 introduces four new faces: Lunar, which depicts the relationship between the Gregorian calendar and lunar calendar, used in many cultures such as Chinese, Islamic, and Hebrew; Playtime, a dynamic piece of art that’s unique to Apple Watch and created in collaboration with artist Joi Fulton; Metropolitan, a classic, type-driven watch face where the style changes as the Digital Crown is rotated; and Astronomy, an original face that has been completely remastered and features a new star map and current cloud data,” the iPhone maker annou… (read more)